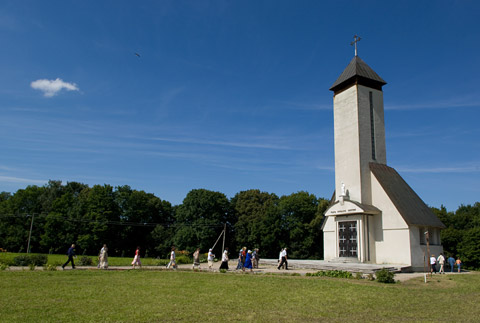 In 1871, J. Matulaitis was born in a farming family in the village of Lūginė in the ward of Šunskai. The remains of The Marion Monastic Refresher, who was blessed in 1987 by Pope John Paul II, have been resting in Marijampole's procathedral since 1934. In 1991 a chapel was built on the site of the blessed homeland, in the village of Lūginė by architect Zigmas Brazauskas. The vertical accent of the chapel tower marks the place of the blessed childhood and youth. 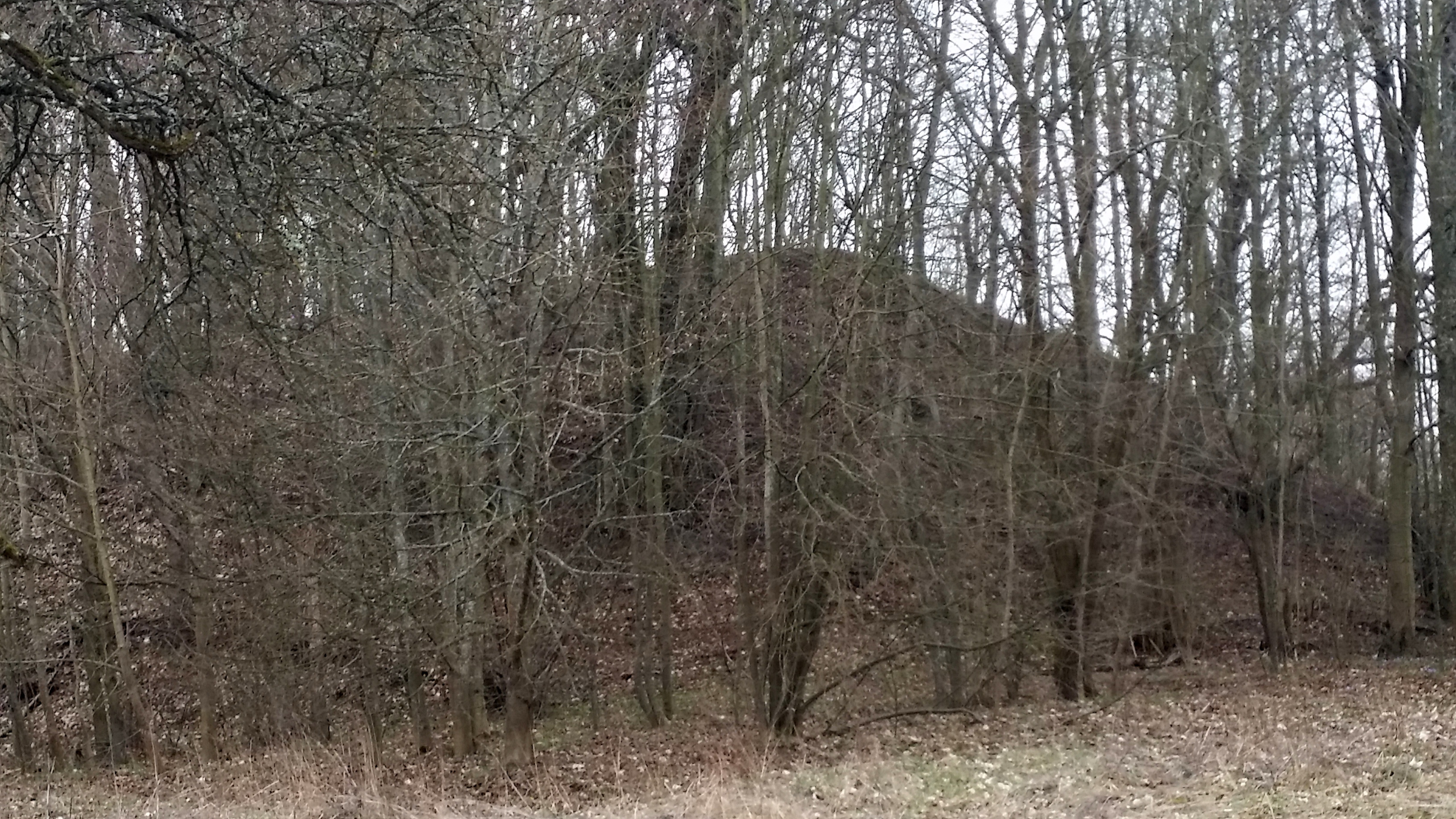 This mound can be found in the right shore of Šešupė. J. Basanavičius guessed that there was a wooden castle, which was burned by crusaders in 1381. What is more, he also said that there was a stone, which held eternal fire for an honors of Thunder. There is a legend, which says that the church was submerged under the rock of the mound. If someone rolled that rock down, the rock would be on the top of the mound in the morning.

This mound is 13 km away from Marijampolė and has been known since old days. There is a legend about his mounds; it says that the mound was created by Lithuanians, who were bringing lands with their hats in winter. It was a way to hide from crusaders. Story tells that there was a basement in the middle. The same basement was filled with assets of people. The story paid attention of treasure hunters, who dig out a huge fosse. Now this mound has its own festival, where people can participate in international archaeological days. 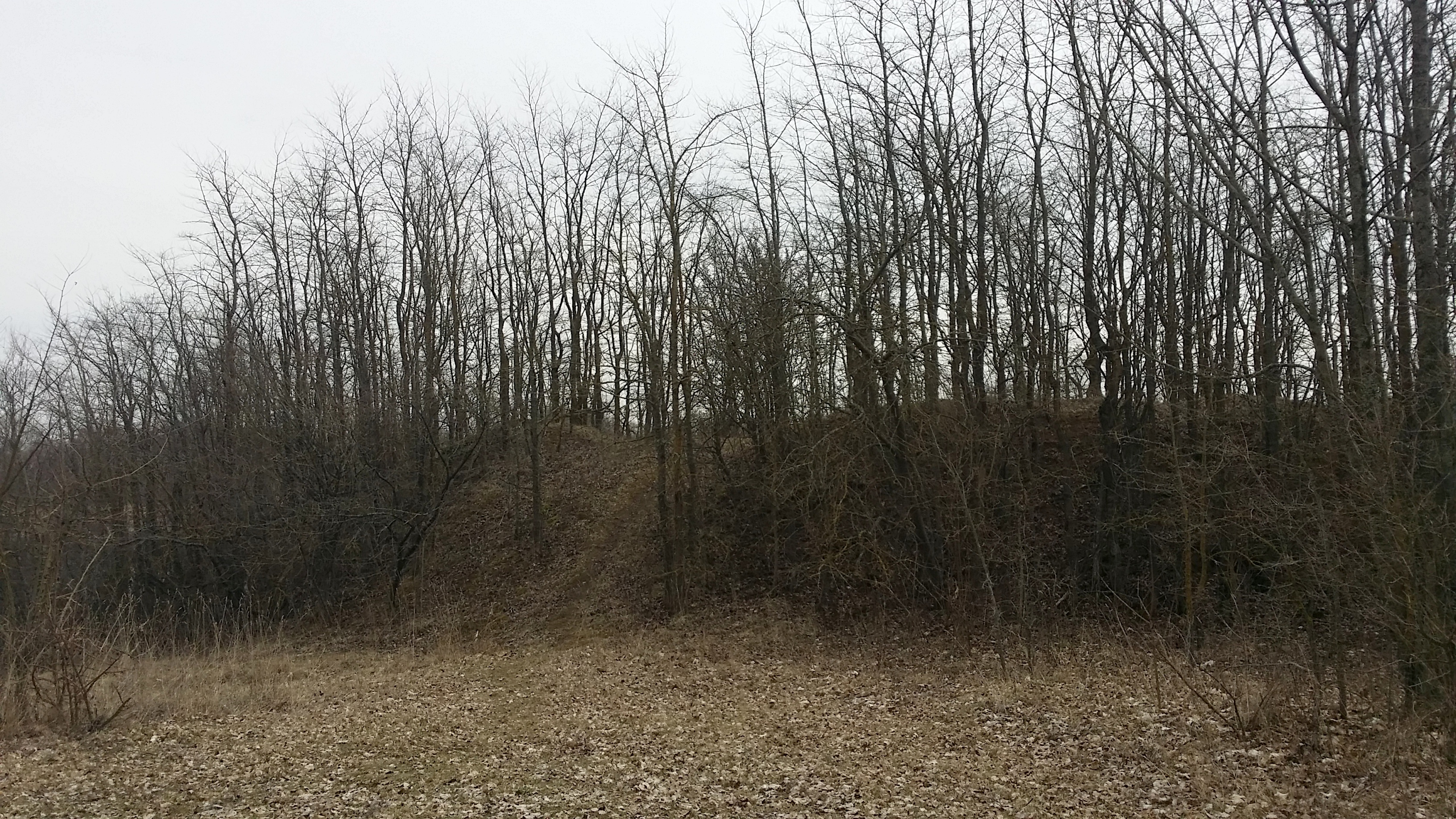 This mound, together with a village, can be found near Marijampolė (1,5 km). The mound is surrounded by Šešupė from south and east, north side connected with valley of Uosupelis. Slides of this mound are very steep – 15-16 meters of high. There is also a square (38x 6,5 meters size). There is also an old village, size of 150x200 m in the east side. This village was separated from the mound by adding rampart (45x3 meters size) and a ditch (2x6 meters size). 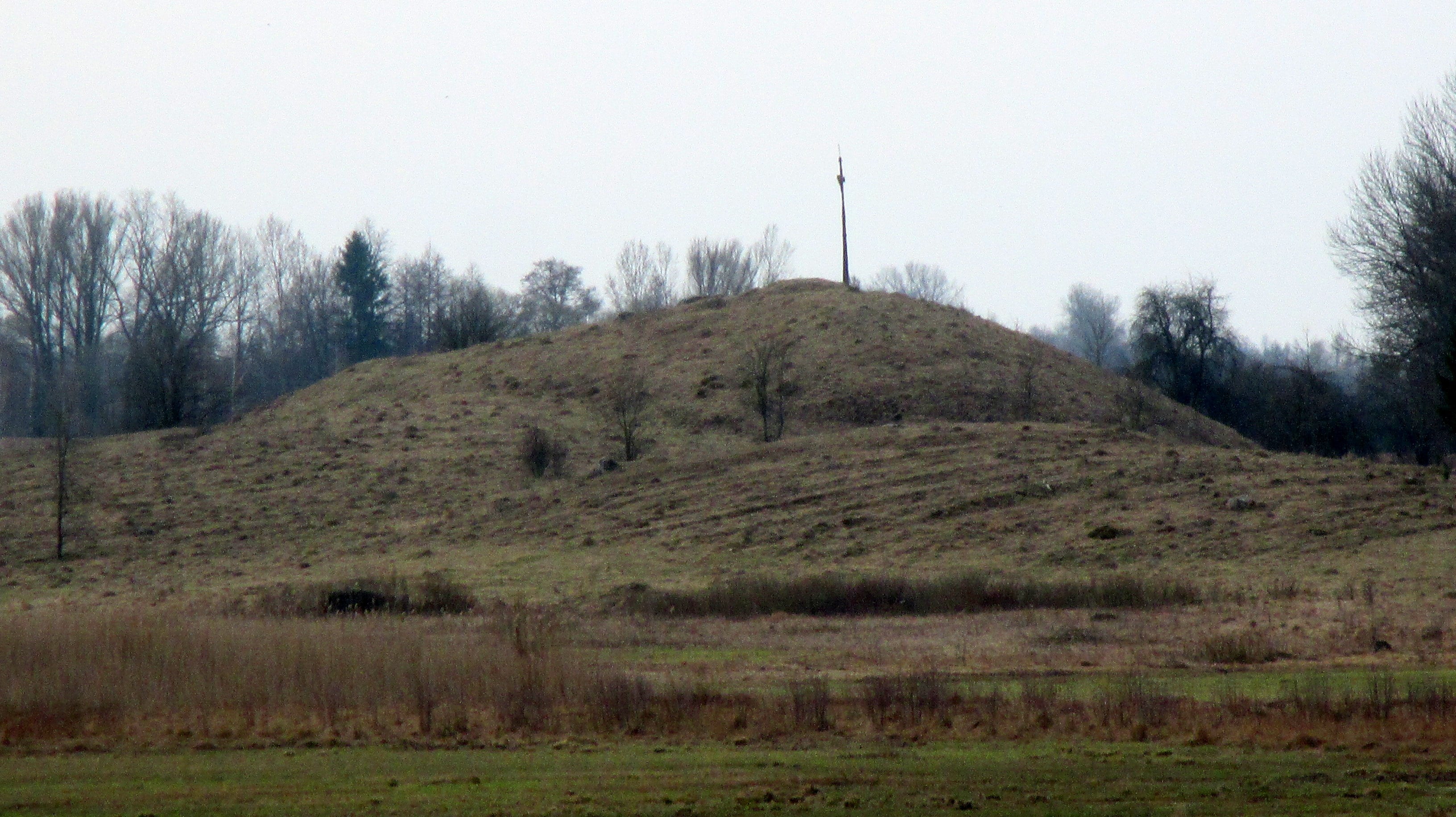 This mound can be found in the south of Gudeliai village. It can be found in cape of Žuvintas swamps. The pitch is in the shape of a triangle (25 x 20m size). The slopes have a medium distance of about 10m high. The mound is damaged by plows. Previously, in the southeast part, people were digging the gravel. Now it is being cultivated. 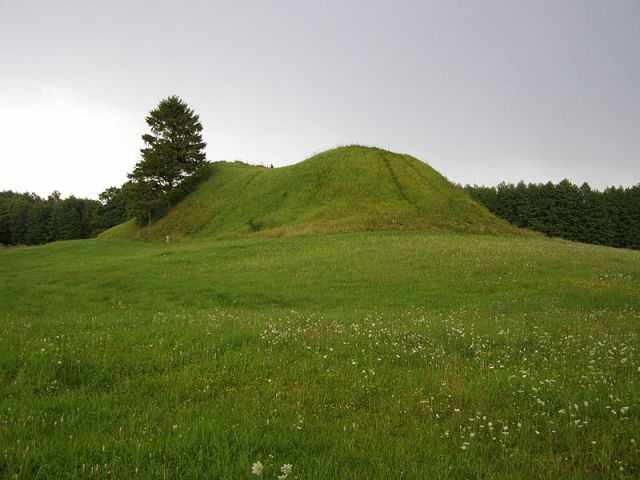 The mound, together with a village, is at the region of Marijampolė. The mound is known since old days, it was described by Juozapas Radziukynas in XX a. The mound is also mentioned in the novel, written by Vincas Mykolaitis – Putinas. The archaeologist commission decided that the land owner Jonas Karalius have to keep an eye on this mound. This mound was announced as an archaeological treasure in 1972. After 25 year, in 1997, the same object was attached to a list of archaeological places in Republic of Lithuania. It was announced as a monument and got a protection of nation in 2005. 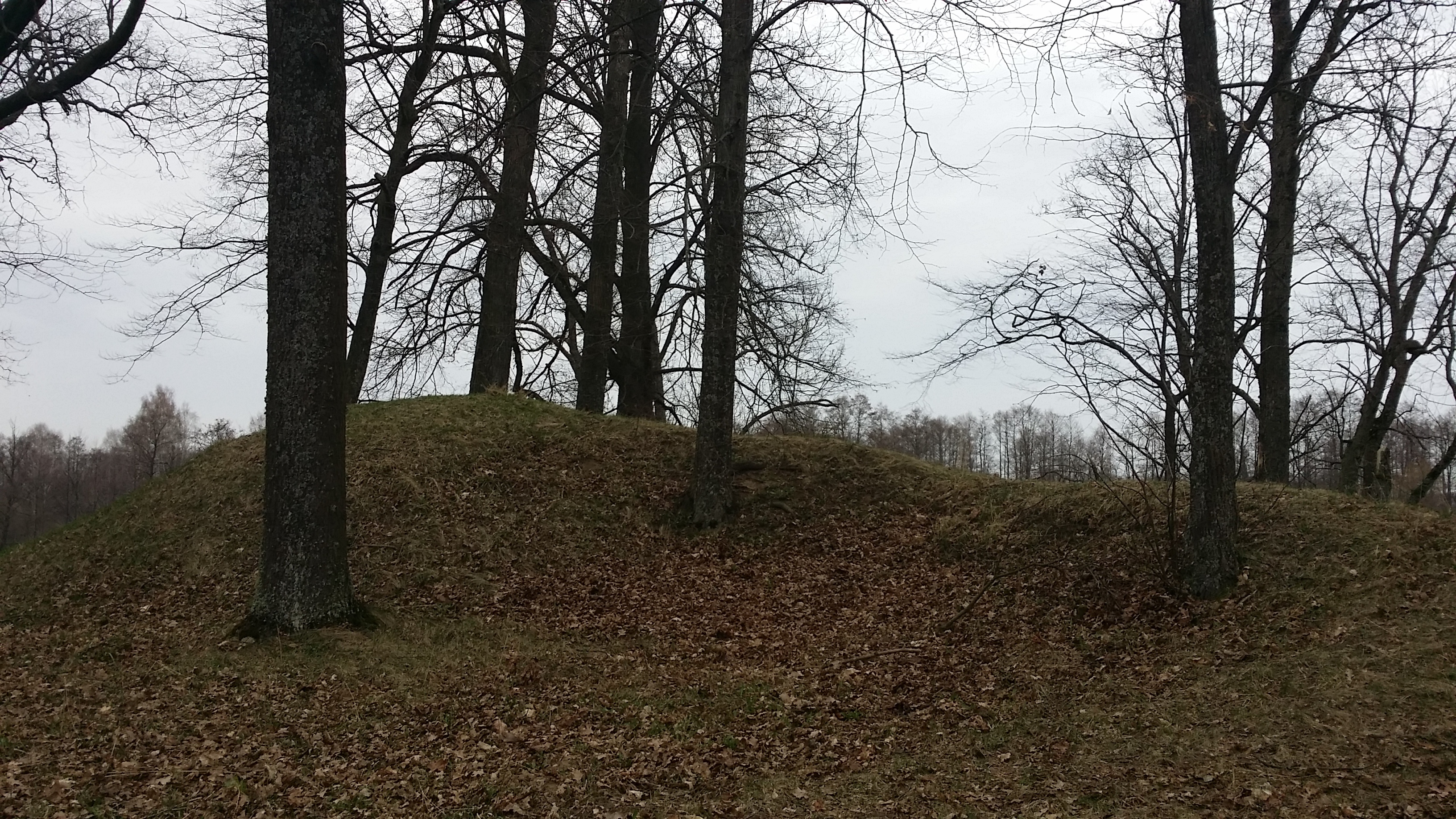 The mound of Piliakalniai is in the northwest part of Marijampolė municipality territory, northwards from Šunskai (eldership of Šunskai) in the left bank of Rytupis. It is accessible by road Marijampolė – Šunskai, away Šunskai driving in the direction of Kazliškiai, in Sarakai turned to the left in the direction of west, across 920 metres beside turn of a road to the left, turned to the right in a north way across 190 metres is behind a homestead. It is fitted in a small hill situated in headland of hill interfering to the valley of Rytupis. Its total length in the direction of eastwest is 120 metres, the biggest width is 90 metres. Slopes from the side of the valley are sharp to 4 metres in height. The platform is triangular, oblong in the direction of northeast southwest, 25 metres of length and 27 metres of width on the side of northwards in which is poured 30 metres of length, 1,5-2 metres of height and by 12 metres width dyke and behind him is dug up 8 metres of width and 0,5 depth trench. The mound is overgrown with linden trees. To the south of the mound, there is a settlement at the foot of a mound in the width of 0,3 – hectare area. In the northern foot of the mound through a wetland passed by two underwater roads: one is 20x3 metres of size, other 40x0,6 metres of size to south from the first one. The mound is datable by one millennium. In 1972 was announced archaeology monument of republican meaning, in 1997 was written into a list of archaeological places of culture values register of Republic of Lithuania, on 19 of May, 1998 by a decision of government of Republic of Lithuania No. 612 was announced as the cultural monument, on 29 of April, 2005 was recognized as the nation protected monument. Area of monument territory is 0,3 hectares. 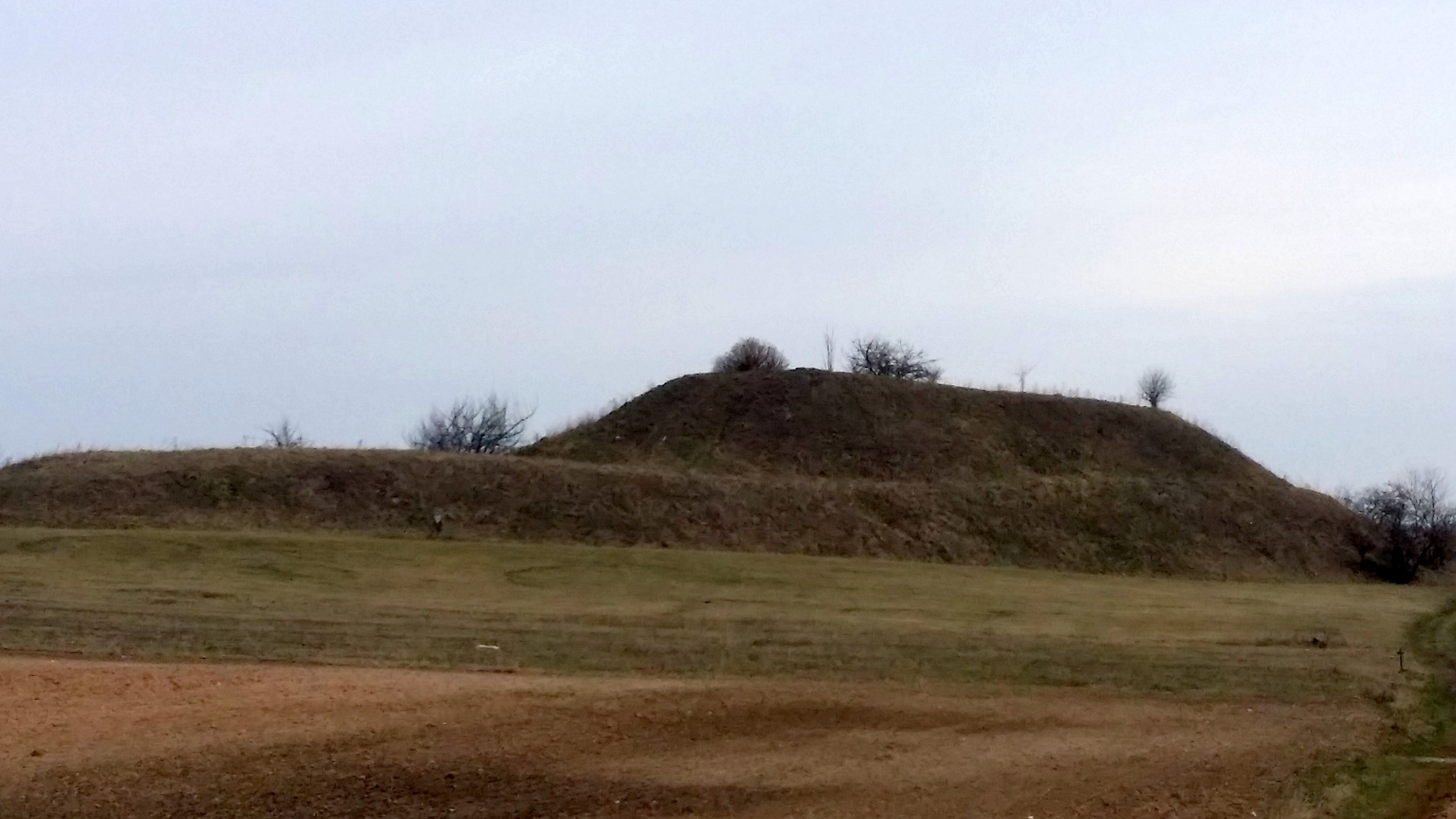 People know this mound since old days. The story tells that the mound keeps old guns and treasures and that at the night time people can see two fires, which are walking around the location. It was first mentioned by Jonas Totoraitis in 1908. In 1935 the archaeologist commission collected information about this mound and decided that the land owner Juozas Grinius has to keep an eye on it.  This mound was announced as an archaeological treasure in 1972. After 25 years, in 1997, the same object was attached to a list of archaeological places in Republic of Lithuania. It was announced as a monument and got a protection of nation in 2005. 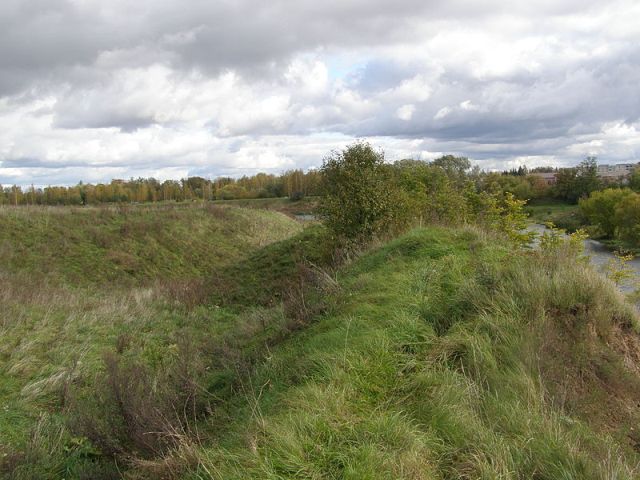 This object more often called the mound of Meškučiai (sometimes called mound of Marijampolė). Most parts of the mound were washed by river Šešupė in XIXa. That is why it’s primary size and height is unknown. This mound was announced as an archaeological treasure in 1972.  Archaeologist’s found old places for burying and burning people. Our ancestors had a tradition to burn the dead ones and spill the bones in the fields. People did not know this information before this place was found. So, we can be proud by being the first ones in the Baltic States, who found out about this kind of thing about Lithuanian history.